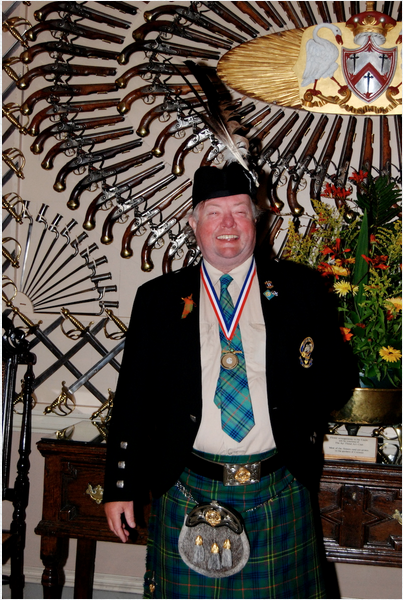 It is with sadness that we have to report the death of Charles Kennedy, 8th Marquess of Ailsa.

He was born on September 13th 1956, and died while attending the Florida Highland Games at Altamonte on January 15th 2015.

As well as being the 8th Marquess of Ailsa, he was also 19th Earl of Cassilis and 8th Baron Ailsa. He also held the title of 21st Lord Kennedy.

Although his death was unexpected, his family believe it was fitting that the Marquess passed away, kilted in the Kennedy tartan, while leading a gathering of Clan Kennedy in Florida, doing ‘what he loved most.’ He he lived close to Culzean Castle, the Clan Kennedy family seat which was handed over to the National Trust for Scotland.

A fuller obituary can be found here.